Cherry marasca originating from Asia Minor was brought to the Mediterranean during the time of Roman Empire. The tree of cherry marasca adjusted very well to the rocky and dry soil of its new homeland. Specific Mediterranean climate and soil in northern Dalmatia and Zadar´s hinterland ensured cherry marasca the best fruit quality and it became an autochthon plant in Dalmatia, also known as maraška. The oldest written document, where was written about the tree of cherry marasca was found among the documents of the State Archive in Zadar, in the late Middle Ages, in 14th century, precisely in 1339. There was described: „…one large tree of marasca near the town Zadar, on the position of Kolovare, in a vineyard by Fontana, near the sea…“.. This document is at the same time the oldest written document in the wider Dalmatia region.

While travelling through Dalmatia Italian writer Alberto Fortis was writing about the growing of cherry marasca in Dalmatia, and how the peasants on their donkey´s backs carried the cherries to Zadar. It was published in his book “Viaggio in Dalmazia” (Trip to Dalmatia) in Venice in 1750.

Already in 17th century in Zadar existed several distilleries for production of Maraschino liqueur. That attracted the young trader Francesco Drioli, who decided to come from Istria to Zadar and start a new liqueur factory. He devoted himself to the development and rising of production level from manufacture to the industrial production. Modern machinery and equipment that he introduced brought the distillation process of cherry marasca to the perfect level of purity and aroma. The production recipe of Maraschino Zadar was defined at that time. Francesco Drioli´s representatives acted in Ancona, Venice, Rijeka, Trieste, Split – the most powerful business centers of that time.

On June 17 in London newspaper The Morning Post was published a notice of the royal supplier about the large shipment of Maraschino Zadar of excellent flavor that was just imported into the country. It was the notice intended for the high and lower nobility. Already popular Maraschino reinforced his reputation among the English aristocracy.

Francesco Drioli, as „… a faithful citizen, who actively encourages private enterprise and national trade, as well as trade with foreign countries, in one of the largest in his industry …“, received from Vienna the imperial privilege to trade with rosolj „…freely and without charges …“ inside the “… hereditary countries without […] restraints of the court passport …” and to target his liqueur factory with the mark of imperial eagle. The factory was declared as an exclusive one, and Maraschino became the world most famous product delivered to all European courts.

Market of Maraschino liqueur was continually growing and it expanded to the Istanbul, Saint Petersburg, Stockholm, the Czech Republic and Hungary. Realizing the importance of the visual identity of the product, Francesco Drioli introduced a special technique of manual bottle knitting, whichput the unique product into the unique packaging. Maraska has maintained the unique taste of Maraschino and unique technique of manually bottle knitting until today.

Francesco Drioli died on July 14. He was buried in Zadar´s Cathedral. For his inheritor he chose beloved nephew, Giuseppe Salghetti. He respected the will of his uncle and joined Drioli surname to his own and kept the company´s name.

Despite the unstable war situation in Europe Maraschino shipments were arriving regularly to the courts all over the continent: to the Grand Duke of Darmstadt´s court, to the famous General Marmont´s court and to the French officers, who lived in Ljubljana. Firm relations of respect and friendship of Salghetti-Drioli with a high prominent civil and military individuals, who introduced the Viceroy of Italy and Napoleon with Maraschino, such as are Marmont, Lauriston, Molitor or de la Bergerie, helped the promotion of rosolj on the French market and French court. The connections to the English court were held through the Ionian Islands.

Joseph Sabalić, former employee at the Drioli factory founded in 1813 his own liqueur factory in Zadar. Moreover, next year intensively started to work the National Factory of Maraschino (Fabbrica Nazionale), which was later on in possession of Petar Abelić. With the aim to meet the foreign demand, all contemporary liqueur factories in Zadar began to use more elements of industrial production, what directly increased the sale of liqueurs.

Girolamo Luxardo opened a new liqueur factory in Zadar, which very soon acquired a good reputation and began to sell products outside the Europe, in North and South America, Africa and Asia. Luxardo factory has attached great attention to the layout and design of Maraschino. Very interesting fact is that at that time the bottles were manually knitted by Arbanasi girls, and this tradition is kept up until today.

Liqueur production was greatly increased and improved, which lead to a significantly increased number of employees in factories in comparison with the previous period. Thus, for example, Drioli liqueur factory employed in season 500 to 600 workers, and that witnesses the volume of work even at that time.

Famous French writer Honore de Balzac described in his novel “Un début dans la vie”, a conversation between Schinner and Georges, which was about the town Zadar and Dalmatia: “It was in that city where Maraschino is produced. I was there. It is on the coast … “.

Zadar liqueur manufacturer Luxardo, won gold and silver medals for his excellent product Maraschino on the Second World’s Fair held in Vienna in 1854. At the time the liqueur producers from Zadar participated in many international economic fairs and exhibitions. One can rightly claim that the Drioli, Luxardo and Vlahov, that is Calligarich families, were one of the most famous liqueur producers, which have perfected the production of Maraschino and became famous all around the world. Besides the Maraschino, they produced also a Cherry Brandy liqueur. Later on they expanded their liqueur production assortment to Rum and during The First World War to a Punch and others. However, the basis of their business always remained these two liqueurs.

The Queen Victoria ordered the withdrawn of all warships from the Mediterranean in order to transport the Maraschino shipment to the British court. That year, by a special decree of the Office of the Green Cloth, British court awarded a certificate to F. Drioli to be a direct supplier of the royal court without any intermediaries. The importance of this news confirms the fact that it was published in the prestigious British newspaper The Daily News.

Entrepreneur Romano Vlahov moved this year with his family from Šibenik to Zadar and allocated his facility for liqueur production to the part of the Zadar named Brodarica. There he built a modern liqueur factory. From this factory came the famous and well known liqueur Vlahovac. Vlahov factory produced many liqueurs, including of course the Maraschino, which he exported to Europe and all around the world.

The business success in England witnessed the September 26, when the Duke of York (later the English King George V) and the Duke of Edinburgh together with other dukes visited the famous city of liqueurs – Zadar and after touring the city they went to see their biggest liqueur supplier. On this occasion, the owner of the factory, Simeone Salghetti Drioli, honored his distinguished guests with a few boxes of carefully selected liqueurs and of course the famous liqueur Maraschino. The presence and consumption of Drioli´s Maraschino on the English court strengthened further its popularity and consumption in all the English cities. Factory Salghetti Drioli in London had its own special elite shopping centers in urban locations.

Zadar liqueur factories that produced “famous and excellent Maraschino Zadar”, represented the strongest industry in Zadar. Through taxes the whole city had directly monetary profit from it. Due to the special quality of liqueur and exceptional market demand, in less than two decades the export of Maraschino Zadar was almost doubled, so in 1888 it was on 400.000 bottles a year. Most common form of transport ships, and export was to Trieste, Venice and Rijeka.

Family Luxardo built famous house-factory under the name “Maraska” (at the beginning of Coast of Prince Trpimir in Zadar), which remained until today one of the most famous buildings of the Zadar.

The popularity of Maraschino liqueur evidences the fact that the major shipment of it was found in storage of a sunken, luxury passenger ship - legendary Titanic.

During and after The Second World War, Zadar’s most famous producers of liqueur were “Excelsior Girolamo Luxardo”, “Romano Vlahov” and “Fabrica maraschino Francesco Drioli S.A.”. During the intensive one-year allied air destruction in 1943 and 1944, some of these factories suffered major material damages and their production process were significantly reduced or even completely shot down. Because of their big importance for Zadar industry, representatives of the new City Government initiated the reconstruction of the factory because it meant life for Zadar industry.

On November 1, 1948 the Ministry of Finance of National Republic of Croatia published in a Register of the State Economic Subjects the company under name “Distillery and liquor factory ‘Maraschino’” with a headquarter in Zadar, abbreviated as “Maraschino – Zadar”. In this proclamation was pointed out that the new company is under the administrative and operational control of the General Directorate of Food Industry within the Ministry of Industry of the National Republic of Croatia. Its business was the production of liqueurs, special distillate and wine distillery.

On February 7, 1949 the Ministry of Finance of National Republic of Croatia published in the Registry of the State Economic Subjects the change of the name of Zadar´s liqueur producer from “Distillery and factory of liqueur ‘Maraschino’” into the name “Distillery and liqueur factory ‘Maraska’” Zadar. From that day with minor corrections Maraska carries that name. 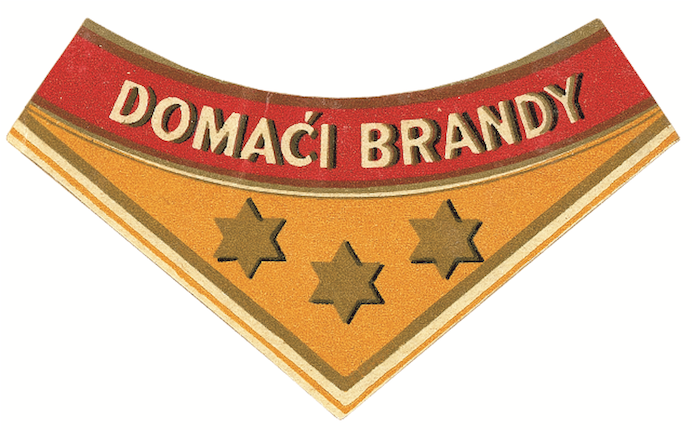